Top Five Realizations about being a stay-at-home dad 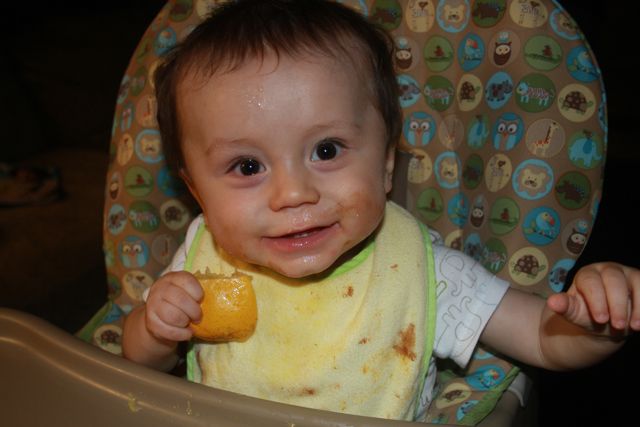 As my wife, Van, wraps up the first semester of her Ph.D. program here at the University of Wisconsin-Madison, my year as a stay-at-home dad has hit its midway point. I find the New Year is as much a time for reflecting as it is for looking forward, and I’ve been doing a fair amount of both lately regarding the past and next five months. It’s given me plenty to try to wrap my mind around, especially the last five. Instead of suggesting a universal “here’s what to expect when you’re stay-at-home parenting,” I’ll speak only from my own experience. Like snowflakes, I’m sure no two are the same—though I can’t help but wonder how much they may overlap.

In short, it’s been really great and kind of weird. Allow me to explain in a Top Five List of Realizations:

1.) Watching your child grow is amazing. Every cliché is true, including the one where you admit every one is true. There’s nothing that makes me smile bigger than watching our son Kai experience new things for the first time. And thank goodness for digital photography because I can safely say my wife and I have missed next to nothing. We’ve snapped more pictures of Kai than were ever taken of everyone in our two families combined—at least it feels (and looks) like it. We’re trying to stave off that final cliché where each of you forgets half of everything.

2.) The terms of what deem a day productive have changed. They had to. At my old job as an assistant principal, alongside my schedule of the day’s events and appointments I would keep a running list of things I knew I needed to do. (Crossing completed tasks off that list was also a smile-inducing act to be sure.) But this wasn’t working at all for me as a stay-at-home dad. I found myself perpetually feeling “behind” and I was like, “Wait a second. This is silly.” Who was the boss here? Well, Kai obviously. But he wasn’t the one telling me to make to-do lists. Little man wasn’t helping either by only taking two 40-minute naps a day. So, I stopped making lists, and as long as the three of us have good food to eat, clean clothes to wear, and get to hang out as much as we want, that is a good day.

3.) It’s really easy to be unproductive. Because Kai sleeps so sparingly, I find that when those forty minutes present themselves, all I really want to do is take a break. It’s not like hanging out with your infant son is non-stop stress, but I try to stay as present as possible. There’s not a lot of “me” time; that’s what naps are for, albeit not for very long—which means my downtime is often spent watching ESPN or TV shows I’ve already seen instead of doing a host of other things that could be viewed as more worthwhile. Basically, any book I’m reading has to be better than Seinfeld re-runs or it’s not going to get read. Also, as a stay-at-home dad I find I have even more time to not exercise.

4.) I should buy stock in Facebook.  See explanation for #3.

5.) Not working a regular job is a lot stranger than I expected. The tricky part here is that I only miss the good stuff that everybody likes, and I fully admit that. But, it’s still surprising how foreign it feels to me not to be employed. I’m assuming part of it has to do with how I’m wired to want to feel like a provider. But I’m certain a lot of it has to do with missing what it felt like to be part of a larger, supportive effort, of working together with other people toward a common, enriching end. That really fed my soul and in a way that’s different than taking care of my own.

As much as I’ve enjoyed the last five months and wouldn’t trade them or the next five for anything, I can’t help but feel that my life isn’t exactly in a state of balance. I went from working too much to, yes, not working enough. The answer doesn’t lie in substituting one to-do list for another. Keeping as much as possible from the best of both worlds, the homemaker and the wage earner, doesn’t have to do with job description—it has to do with time. I look at my friends who are still working at the school I left, and they’re too busy, just like I was. I look at myself, and sometimes I’m not busy enough. So many clichés come to mind, including how there are only so many hours in a day.

I would know ideally how to fill them if only I could do both part-time—that would make me smile biggest of all.