Posted by Jaime Greenberg | Child-Led, Respect for the Individual 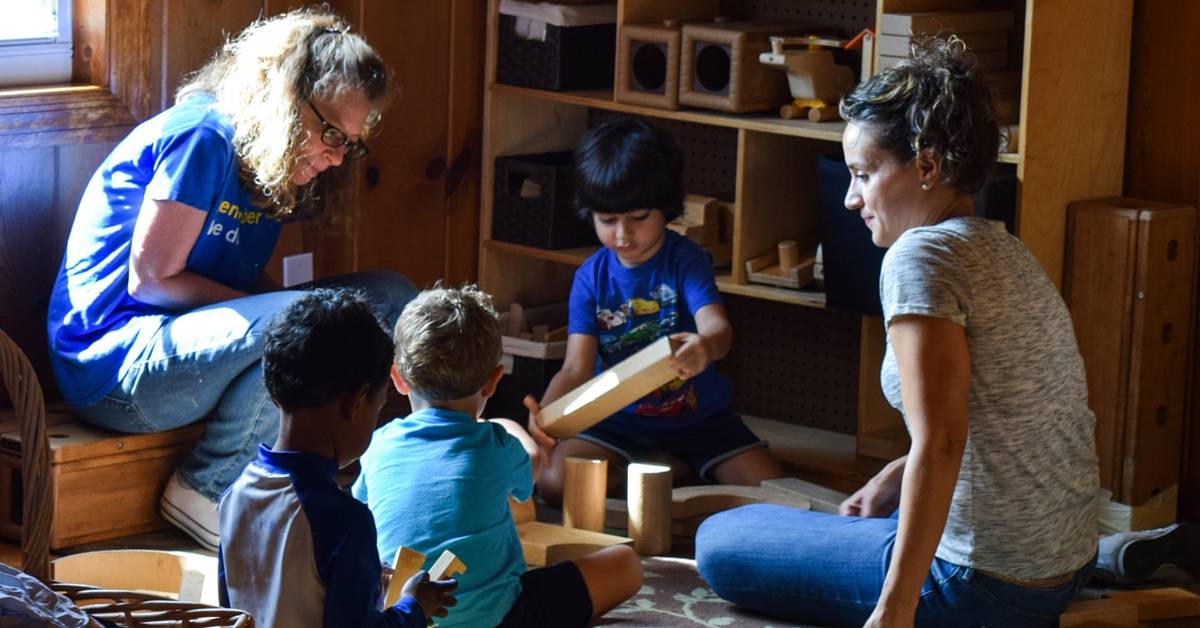 I was sitting outside my 4-year-old’s ballet class with my 7-year-old when she said it.

“It’s a 30-minute class. It’s half-way over,” I reasoned. “I know you can come up with something to do. Think about it.” I smiled. “You know those are my least favorite words in the whole world, right?” Which is true. But it’s not so much the boredom that bothers me (kids don’t get to make a lot of their own choices; sometimes siblings get dragged along whether they like it or not); it’s the wallowing.

“Yeah, I know,” Suzie said, and hopped off to play with a friend who also was waiting for his little sister to finish class. They’d figure out something together. Given the chance, they always do.

Bring on the boredom!
“I’m bored,” is my personal fingernails-on-a-chalkboard phrase. But, honestly, I should lighten up a little. As a parent, I know boredom doesn’t really deserve such a bad rap. It’s an inevitable part of life. Not every single moment of every day is filled with excitement and adventure. I suppose even bullfighters and BASE jumpers have to brush their teeth.

Still it’s easy to forget sometimes, especially in the throes of schedules and school: it’s okay for kids to be bored.

Because boredom, if done ‘right,’ is not a perpetual state. It’s a fleeting opportunity. It’s winter break with the calendar thrown out. It’s weeks of summer stretching, gloriously, idly ahead. It’s a fork in the road. That threshold moment right before the adventure starts. It can be a catalyst for change, an opportunity for flexible, independent thinking, for problem-solving, the spark to ignite a creative mind.

And it’s no big deal. Really it’s just as simple as this: kids need to experience boredom so that they can have the experience of breaking out of it.

On Boredom
Suzie (7): “I do get bored sometimes, but then I just think of what else I might want to do and then I do it. I think of games I’ve played before that were fun. If they include Sierra, then I invite Sierra, if they don’t include Sierra then I play by myself. Sometimes I make up new games……”

Sierra (4): “What makes me bored is standing around talking. And answering questions.”
Me: “Like what we’re doing right now?”
Sierra: “Yes.”
Me: “Okay, go play.”

As if I really had to tell her.