In defense of a magical childhood 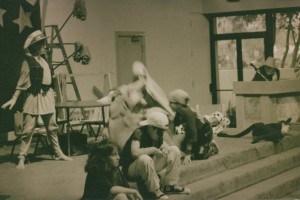 For the last nine months I’ve watched a blog post cycle through the social media landscape, “I’m done making my kids childhood magical” by Bunmi Laditan. At first I appreciated the idea of parents not trying so hard to give their children the perfect childhood. I’m all in favor of parents relaxing, standing back and not getting in their kids’ way. In this era of helicopter parents, tiger moms, and snowplow parents, we need all the reminders we can get that children thrive without adult supervision and manipulation of their entire lives. Sometime around the twentieth time I saw the blog post on my Facebook feed, though, I started considering the maybe unintended result of those words… no more magical childhood.

What is a magical childhood anyway? 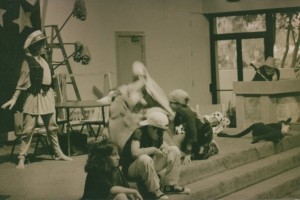 Is a magical childhood a perfectly-decorated bedroom or a Pinterest-worthy craft every day of the week? Is it believing in fairy dust, mermaids and unicorns? Or is it those moments of pure childhood– those times when wonder and joy are almost palpable? When innocence is not knowing that the world expects us to be shy or embarrassed. When we do things for the simple joy of doing them, and not because we are doing them to please someone else?

While I think there is an argument to be made for the value of fairy dust, mermaids and unicorns, what I treasure most about my own childhood are the moments when I felt like the world was magical. In the harsh light of this fast-paced and highly-pressured world, those childhood memories of wonder and innocence are still part of who I am. They give me hope and remind me that sometimes the world is on our side.

I remember a day at Gumbo Limbo Nature Center, when the adults were inside with the littlest ones, and a few of us larger kids (probably eight to 12 years old), decided that walking on the boardwalk just wasn’t the right kind of adventure. We climbed down off the boardwalk and walked in the shallow water, exploring the tree roots and searching for small fish. We spent a happy couple of hours down under the boardwalk, and even though I ended up with the worst case of jellyfish sting I’ve ever had (I was COVERED in calamine lotion for over a week) I remember that day often. Leaving the path and exploring on our own made us feel powerful and gave the world just the right touch of manageable danger; in short we had a ball. 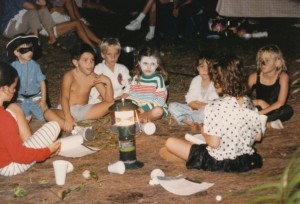 in my childhood, when I was maybe seven or eight years old. As home schoolers (nonschoolers really) we spent hours every week in the various parks in this part of South Florida (if there’s one thing Florida actually does better then most everywhere else it’s public parks; here they come with bathrooms, picnic tables and BBQ units). One of our common haunts was Quiet Waters Park (which was a different place before Hurricane Wilma flattened the landscape and destroyed the forest).

We went to the park to swim in the lake and play on the beach, but the best part of Quiet Waters was hidden in the forest of Florida pine trees: we called it Clay Mountain. It was far enough into the forest that we couldn’t see or hear our mothers on the beach. I remember running wild through the trees yelling at the tops of our lungs, bare feet pounding the pine needles into the sandy earth, until we reached our destination. First one there is King of Clay Mountain! The mountain was a natural clay deposit; a pale gray color, which we imagined, made us look truly ghostly when we pained our whole bodies with it. We would dig up clay to use as war paint or ammunition in a battle over the mountain. We toted armfuls of the stuff back to the beach to build with– the clay dried wonderfully in the sun, and we brought our clay snowmen and play food home with us, along with memories of the freedom and power we’d felt running through the forest and mining our own clay. 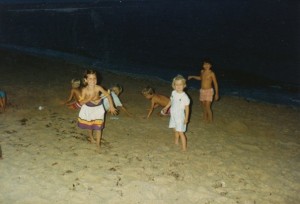 I’m not sure when my childhood ended (I’d guess somewhere around my fourteenth birthday), but I do know when I first realized the end was on the horizon– and one AMAZING summer day when my mother gave me back the pure innocence of being young. The summer I was 11 years old, South Florida was experiencing a drastic uptick in the number of sea lice in the ocean. For those of you unfamiliar with sea lice (count yourself very lucky), the microscopic swimming creatures sting when you come in contact with them, and if they get caught under your bathing suit, it makes the problem even worse. You might assume that a high sea lice count means no days at the beach, but this is South Florida, and when it’s 98 degrees with 100% humidity, all you want to do is jump in the ocean. So, lice be damned, we went to the beach!

At 11 years old I was becoming shy about my body, no longer wanting to change in front of others and worrying about how I looked. But for this one day my mother turned back the clock on my fast-approaching adolescence. When we arrived at the beach (maybe five or six families), our mothers opened the chairs, spread out the blankets and told us to strip…

“But there are boys and girls here, mom!”

They didn’t care. If we wanted to go in the water, we had to do it bare. They didn’t want us covered in lice stings.

After a few moments of shock and shyness, we stripped. It didn’t take long to remember all those days we had spent running around naked as younger kids (we were the children of free-thinking hippies, after all). We let go of our newer-found awareness and were children again. I knew that my mother had given me a gift that day. I remember thinking that this was the last time I would feel this free– free to swim naked in the summer ocean with friends, to sit our bare butts on the beach while we built sand castles and made up games. I looked around at the friends I had known my whole life and just knew that this was the last day of my pure and innocent childhood. I might continue to play childhood games, but from this day forward all of those games would be tinted with the desperation of knowing that the end was coming. 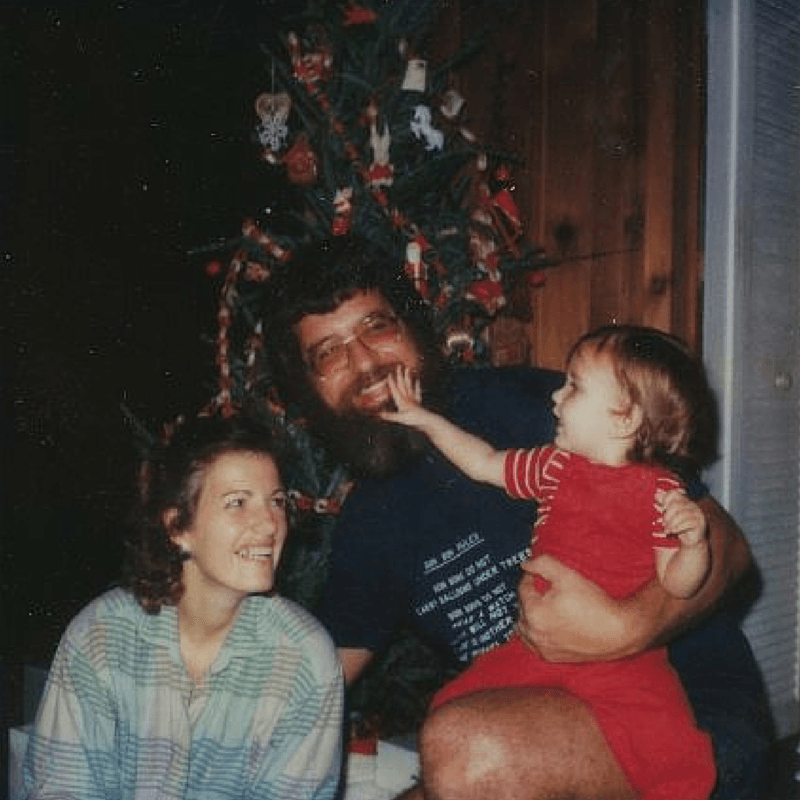 My parents, who gave me the gift of a magical childhood

To me these are memories of a magical childhood, one filled with wonder, adventure, and innocence. And these are the memories I hope to give my own children someday (when I have them). I want my children to feel like the world is full of possibilities. I want them to think that amazing things can happen, and I want them to be children for as long as possible– which is a magical thing in and of itself. 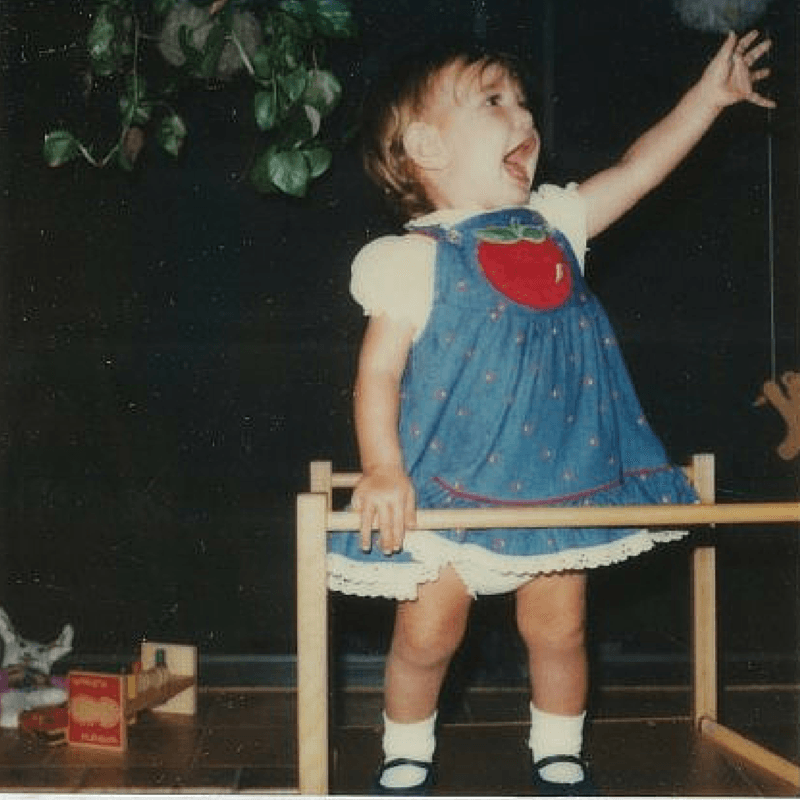 Meade is Director of Special Projects and Strategic Initiatives at Sunflower Creative Arts, which means that she gets to learn something new every day. She helps build websites, takes pictures of children at play, bakes yummy things and occasionally writes blog posts about what she is learning at Sunflower.