Is it Art or is it Science? 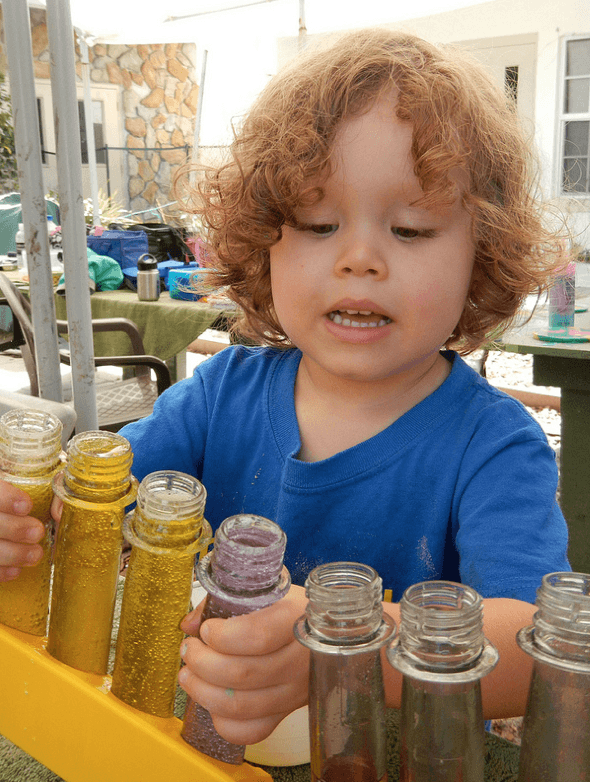 In my short time (6 months) at Sunflower I’ve noticed something amazing happening at Seedlings. During each Seedlings class there are 3-4 different art projects for the children to experiment with. These projects can change day-to-day or be repeated for a whole week if they prove popular with the children that week.

What has amazed me is the dual nature of most of these projects. We call them process-based art, and we talk about how art projects that don’t have a right or a wrong (pass or fail) are about encouraging children’s natural intrinsic curiosity and creativity. We talk about teaching the children to not fear failure, instead showing them that when something doesn’t work out the way they intended it to, that is an opportunity to create something new. A few months ago I started to notice something else about our art projects: they look an awful lot like science experiments…

I’ve watched our Seedlings learning about cause and effect as they created melted crayon art, mixed goop, and combined paint and paper plates in salad spinners (round and round they go). But what struck me as truly amazing was not that our art projects are often really science experiments, or that our Seedlings were learning about cause and effect (a concept I think most of the adults in this world have a less than adequate grasp of). What has blown me away is that the projects that the teachers and parent helpers set out for the Seedlings are both Art and Science. The fact that the adults at Sunflower have never tried to say “this is art” and “this is science” (in reality we’re just not big fans of labels) has resulted in something that is truly magnificent. A world in which Science is beautiful and wondrous and Art is both the process and the product of experimentation. At Seedlings the method of scientific discovery and the method of creating art are one and the same.

Science: the state of knowing; knowledge as distinguished from ignorance or misunderstanding

Art: something that is created with imagination and skill and that is beautiful or that expresses important ideas or feelings

As I’ve marveled at how beautiful this world of art as science and science as art is, I saw the truth in it. When you look at true advancements in science there is an amazing amount of creativity involved, and for the scientists that are doing the experimenting there is profound beauty in what they are doing. I started wondering why seeing art and science as 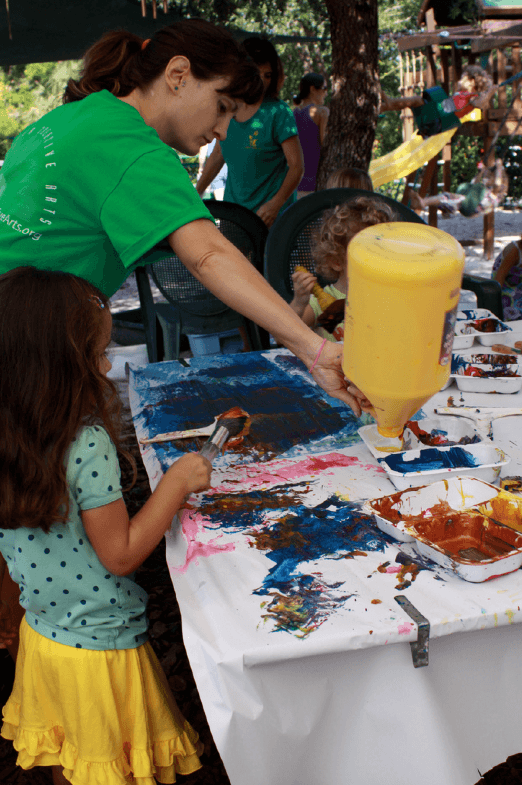 the same thing seemed so revolutionary (and beautiful) to me. The conclusion I reached is that somewhere along the line our school system and our society decided that art and science and artists and scientists are the antithesis of each other. And like so many other things we boxed each up on its own and told children to pick one or the other. We took the beauty and creativity (the art) out of how we teach science and we took the appreciation (and necessity) for science out of how we teach art. In my opinion separating art and science limits the potential of our country, because without art and science being seen as synonymous we restrict the potential for innovation.

For true innovation to occur (in any field) science and art need to be two sides of the same coin, and seeing them that way opens up a world of possibility. If we think of art and science as two pieces of a whole, it helps put us on the pathway to great discoveries, problem solving and ultimately new ideas and ways of looking at the world.

The importance of incorporating creative expression in science education has been gaining traction in this country as a result of the Rhode Island School of Art and Design’s (RISD) campaign to change STEM to STEAM. STEM seems like it has become the most used acronym in education over the last few years, short for Science, Technology, Engineering and Math. Our government and education system have both embraced (some would say become obsessed with) the growing importance of STEM education. On the macro level having high numbers of people with education in STEM fields is seen as integral to the future growth and prosperity of the nation. While on the micro level STEM related fields are the fastest growing and highest paid job sectors in the country. RISD’s campaign to add an A to the acronym is about emphasizing the role of art and design in the innovation process.

“In this climate of economic uncertainty, America is once again turning to innovation as the way to ensure a prosperous future.

Yet innovation remains tightly coupled with Science, Technology, Engineering and Math – the STEM subjects. Art + Design are poised to transform our economy in the 21st century just as science and technology did in the last century.” (from STEMtoSTEAM.org)

We need to add Art + Design to the equation — to transform STEM into STEAM.

The fight to add the A to STEM education has really just begun and has a long way to go before it makes an impact on the earliest stages of formal education in this country (probably even longer for it to reach preschool).

This is why I see Sunflower treating art and science as coincident as SO important and so remarkable.