Is too much screen time hurting our kids? 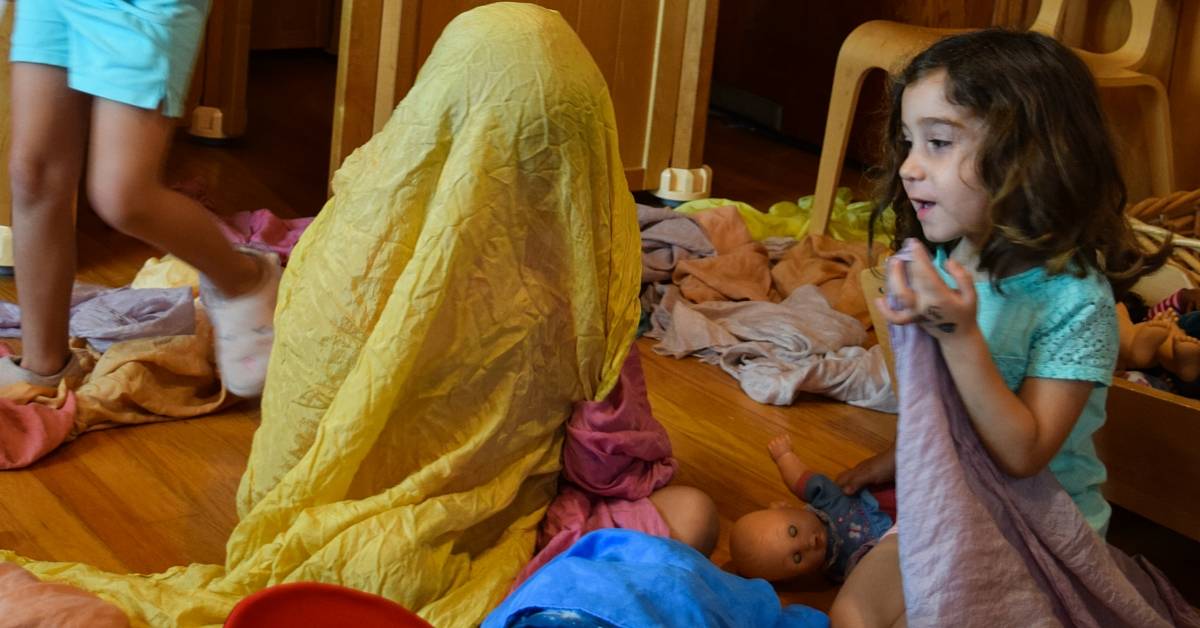 Alex and friends at Seedlings.

I have to admit, when my son Alex started paying attention to TV at about 17 months, I was pretty ecstatic. It was 1996 and he watched Sesame Street I think, or was it Teletubbies? My whole extended family recalls his obsession at two with a certain Elmo video. A broken VHS player in the summer of 1997 was met with serious dismay and repeated calls for “Elmocize? Elmocize?” Imagine my horror this week, sixteen years later, when I read this:  “By the time children turn 10, every additional hour of television they watched as toddlers is associated with lower math and school achievement, reduced physical activity, and victimization by classmates in middle childhood.”  I guess I’m glad I didn’t read that when he was 10. He’s heading off to college shortly, so what’s done is done.

Young children learn through exploring with their whole bodies and all their senses.

I don’t remember if there were official recommendations from the Public Health community or Pediatricians about TV and screens back then, but I do recall most of the parents around me were generally wary of “too much.” The official recommendations today from the American Academy of Pediatrics are no screens at all for those under two (whoops!) and 1-2 hours a day max total “engagement with entertainment media” for all other children and teens.

I remember for a long time trying to limit TV and screen time to one hour a day, with varying degrees of success. And then gradually sort of giving up on the whole thing with teenagers. There were so many advances in the screen arena while my kids were growing up. My sister thinks adults, herself included, are already near-cyborgs — most of us treating our phones as an essential body part. But I have serious concerns about the notion of near-cyborg kids, and a recent research report (Facing the Screen Dilemma, Young Children, Technology and Early Education) backs me up.

Although the report– published by Campaign for a Commercial-Free Childhood (CCFC), Alliance for Childhood, and Teachers Resisting Unhealthy Children’s Entertainment (TRUCE)– contains research on many different ages, its primary focus is young children. Both of my children attended Seedlings during their preschool years. Seedlings was, and still is, a completely screen free environment. iPads and computers are now in many preschools, though, both locally and across the country, and according to this report, they don’t need to be.

“Modern science confirms what the early childhood community has known for years—that infants, toddlers, and young children learn through exploring with their whole bodies, including all of their senses…Developing children thrive when they are talked to, read to, and played with. They need time for hands-on creative play, physically active play, and give-and-take interactions with other children and adults.”

The report calls for more research, stating there is some evidence that limited access to a computer at home may contribute to learning, but that using it just once a week is more beneficial for preschoolers than using it every day. The authors state there is an urgent need for research to determine if adding screen technologies of any kind in early childhood settings will increase or decrease gaps in achievement for children from low-income families.

Kids need to run and play!

Regardless of what that future research finds, however, the dangers of too much screen time for preschoolers are well-documented. The authors write, “Extensive screen time is linked to a host of problems for children including childhood obesity, sleep disturbance, and learning, attention, and social problems.”  And it seems that many preschoolers are exposed to too much. According to Nielson, screen media use is at an all-time high among preschoolers— young children spend, on average, more than 32 hours a week watching just television.

I was shocked to read in the Screen Dilemma report that “For preschoolers, watching just 20 minutes of a fast-paced cartoon show has been shown to have a negative impact on executive function skills, including attention, the ability to delay gratification, self-regulation, and problem solving.”

This experience is not available on a screen… 🙂

A longtime preschool teacher friend of mine from up north feels instinctively that there’s a connection between the increases in young kids’ screen time and the increases in behavioral and learning problems. It’s not necessarily the sole cause, she argues, but she feels the potential connection shouldn’t be ignored.  “I used to have maybe one child a year with a behavioral diagnosis of some kind, but for the last four years or so, I’ve had about four per year, out of 16. And that doesn’t include the loads of kids with attention issues.” When she brings her four-year-olds out to be picked up at noon (it’s a traditional half day program) she says she’s often helping them into cars with a screen that’s already turned on.

In fact, a major new report on children’s mental health, from the Centers for Disease Control, states that millions of American children now live with depression, anxiety, ADHD, autism spectrum disorders, Tourette syndrome or a host of other mental health issues. ADHD was the most prevalent current diagnosis among children aged 3–17 years.

Where screen time fits into the complicated issue of ADHD is not entirely clear. Researchers have concluded that a number of factors may contribute to the increase in these diagnoses. My own observations lead me to feel that individual children respond differently to screens, and parents need to tune into their own child’s behavior and mood after screen time, and take their cues from that.

The Screen Dilemma report reinforces what lots of us feel in our gut – young kids need what they’ve always needed and screens are no substitute. My teacher friend told me without hesitation that her students’ favorite part of the day is recess, by far. They need to play. They need to move. They need to be outside and they need freedom to be creative under the loving care of an engaged adult.

Increasing time spent in nature is an important part of the answer for today’s parents of young kids (and for all of us, really).  Richard Louv wrote in 2005, “Research indicates that unstructured play in nature increases self-esteem, creativity, motor skills, fitness, and even academic performance. It also seems to relieve symptoms of ADHD.”

There are now excellent resources for parents and educators struggling with screen time issues.

And just in case you’re worried that depriving your three-year-old of the latest educational app will damage her, read about this former Seedling and put your mind at ease.