“My teacher has a worm!” 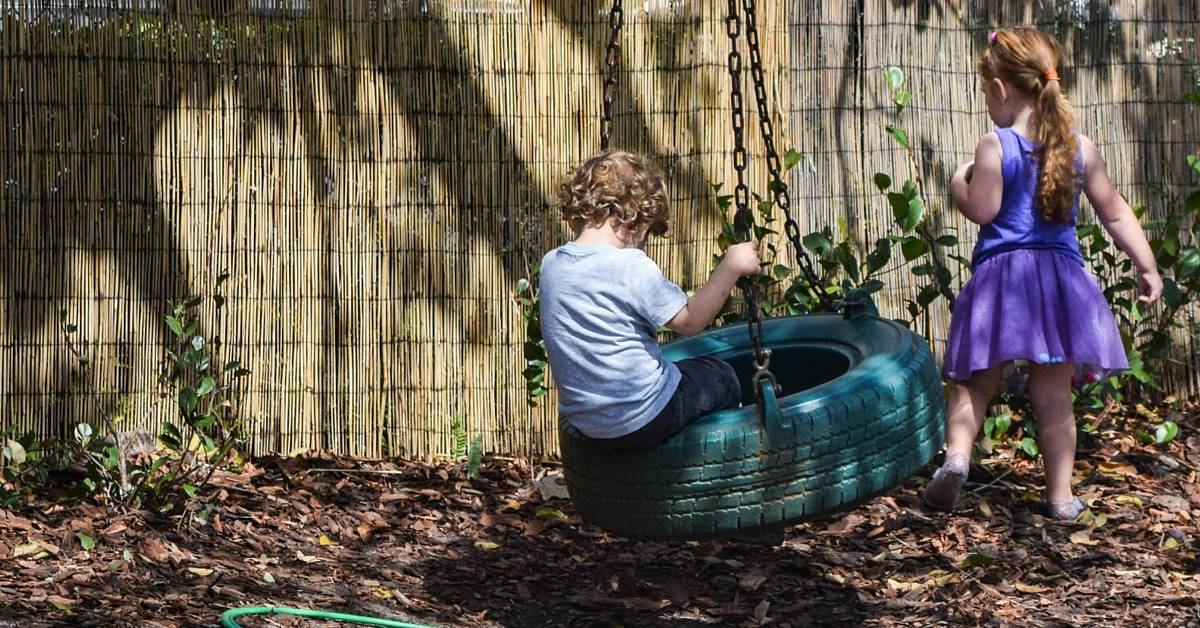 After 25 years of teaching four- and five-year-olds I anticipate that moment in the school year that I can point to and say… this is where we became a community and learned  about each other, trust, and our connection to the world around us. This year that moment came early on, literally in the second or third week of school.

The beginning of any school year seems to be a bit disjointed. At any time during the day we are calling each other by the wrong name, we forget to go to a special, someone’s feelings may be hurt and they don’t have the language to express it, causing a momentary melt down–and the teachers have that special kind of tired that only happens during the first month of school. It was a day like this when the rhythm of the classroom was one beat out of sync, exacerbated by the previous week’s rainfall, that our connection was made. The sun was shining and it created a need to escape the classroom to the freedom of outdoor play… for all of us!

We finally gathered by the back door in a semblance of a line that was more of a crowd and I made my way through it to open the door. The air was warm and moist, but most welcome, as we walked to the playground gate. Along the concrete path a familiar beige/brown, squiggly earthworm caught my eye as well as the eyes of several children. The Florida sun was strong at noon, and I knew I wanted to save the earthworm and let the children take a closeup look at nature’s provocation for learning. I picked up a colander from the toy bin in one hand and picked up the worm and put him safely in my other hand, in the same familiar way I had done hundreds of times when I was a young child. I made a connection to my inner five-year-old.

We made our way to the ring of tree stumps, under the shade of several trees, down a very small hill at the bottom of our playground. The children were trumpeting to all the classes on the playground, “she has a worm, my teacher has a worm!” I soon had a following, and more children gathered as I sat on a tree stump and opened my hand for all to see the worm. I put him in the colander and we watched the worm wiggle his way into one hole and then another. There were familiar giggles and squeals that always affirm the reason for spending day after day with young children. The simple question “has anyone held a worm before?” elicited many responses from “noooooooooo way!” to “sure I have.”

I let each child in turn hold the worm (those who were showing me they were risk takers) and we talked about how it felt on our skin and what it looked like. One after the other observed that the earthworm wasn’t moving as much as it had when I first picked it up, and a discussion ensued about the “earth” being dirt and the dirt is wet and the worm lives in the dirt because it is called an earthworm and could be called “dirtworm,” and maybe we need to put the worm back in the earth!

I agreed that their ideas were good ones and that in order to keep the worm alive we should put it back on the ground. We found a spot near the fence and several tender hands dug the mulch and leaves away until the moist, soft brown/black earth awaited its inhabitant. I put the worm on the ground and we watched it slither away, rather happily I think, and the children and I were left just a little more connected with an unspoken resolve to take care of each other and all of the creatures inside and outside our classroom.

Leslie Cooper teaches Jr. Kindergarten at Saint Andrew’s school in Boca Raton, Florida.  She’s been involved in the field of early childhood teaching for the past 25 years in schools in Broward and Palm Beach Counties.  Seventeen years ago, while attending a National Association of Education for Young Children (NAEYC) conference in Washington, DC, she became interested in emergent curriculum modeled by the schools in Reggio Emilia, Italy.  Her director at that time became her mentor and supported all efforts she made in her classroom to move forward in her teaching practices.  In her current work, she continues to learn more about the Reggio philosophy, her pedagogy, relationships with children and building classroom communities–and she wakes up each morning excited to discover what will unfold in her classroom on any given day.