Posted by Jaime Greenberg | Adventures with preschoolers, Respect for the Individual, Tough topics 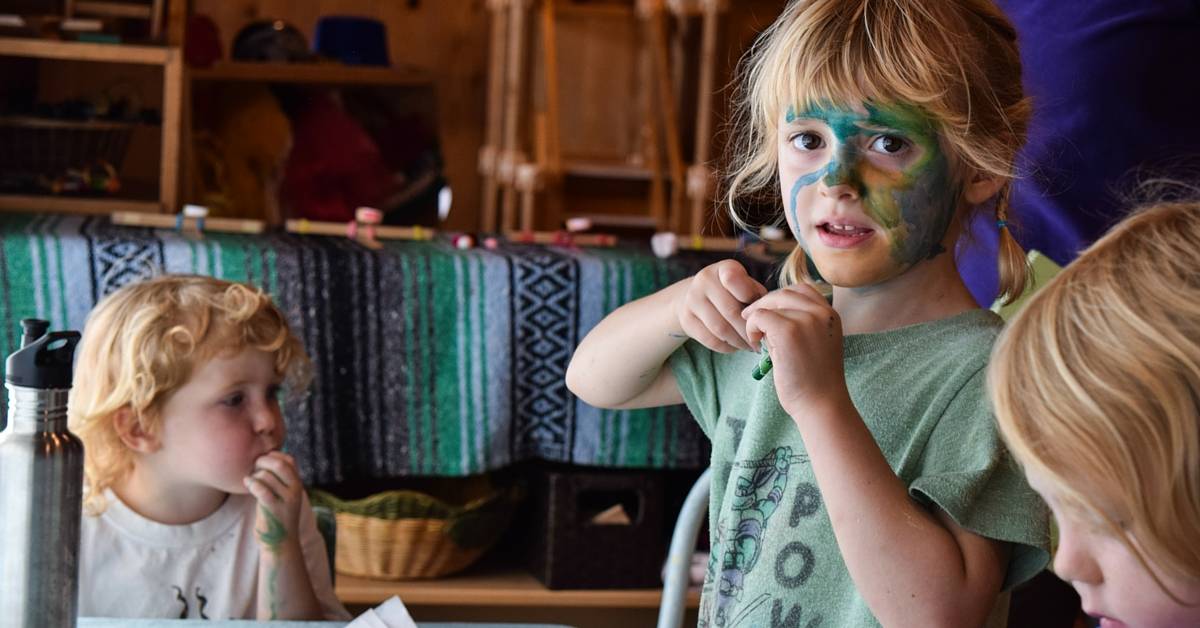 Last month Sierra told me she wanted to visit a “graveyard.”

My first thought was ‘she’s been watching too much Scooby-Doo.’ I said, “sure we can do that,” but visiting a cemetery is never going to be at the top of my to-do list. So I put it off.

But then she asked me again. And again.

Then she told me she really needed to go see it, so she could compare it to a dream she’d had. Her dream had involved skeletons and zombies, but I sensed there was something bigger going on.

remembering: putting stones on a grave

We linked our pinkie fingers together. Then she added, sort of as an afterthought. “Can we go to a graveyard where we can read Grandaddy’s name on a stone?”

Two years ago, at Christmastime, Sierra’s great-grandfather (my Grandaddy) died. He was 89. Sierra was two.

Suzie and Sierra adored Grandaddy. The three of them made each other laugh. They watched Tom & Jerry cartoons together, propped up in his bed. The girls put on elaborate singing and dancing shows for him. He was their friend.

When I told Sierra Grandaddy was dead, she cried. But she was only two years old. She knew something sad had happened to him, but she didn’t have any real concept of what that was. For a long time, despite my explaining otherwise, she thought he might still be in the hospital, where he’d spent the last month of his life. Sometimes when we’d call my mom on the phone, Sierra would ask, “Is Grandaddy there with you?”

When she was a little older, she started thinking more about the idea of death itself.

“Mommy, I don’t want to be dead because I would miss you. And I would be so hungry.” (Sierra, age 3, Oct. 2010)
Until they have an experience with it, young children aren’t sure what death is. They really have no concept of ‘forever’ and how something alive can simply stop being… anything. I always remember this children’s definition of death that Susan teaches in her parenting classes, “when a body is dead it stops moving, doesn’t eat, doesn’t poop, doesn’t sleep anymore.”

on a bench in the cemetery

I suppose it really is as simple as that. Death is a biological process. My girls and I talk about death in this context a lot. “Things die,” I tell them as we pile brown leaves and apple cores into the composter. “But look, all these dead plants (and dead animals and dead people too) decay and mix together and then they become soil. So new life can grow.” This little daily miracle is one of the most profound lessons I know.

And so are the dead millipedes and dead lizards we sometimes find in our house and on our patio. Or the dead mouse that Suzie’s Seedlings teacher once brought in for the children to see and touch. A small chance to see what death looks like. It’s not so scary when you can talk about it, easier to understand when you can hold it in your hands.

And yet… it’s not quite that simple. There is death and then there is mourning. There is grief, letting go. Trying to make sense of the fact that someone you once loved, laughed with, watched cartoons with, no longer exists. But Sierra’s not quite at that point yet. Right now she’s a scientist, trying to understand the mechanics of bodies and what happens when they die.

So last week, my mom and I took her to two different cemeteries. The first one was mostly mausoleums, some of them grand marble and stained glass “estates.” Sierra was fascinated by these houses for dead people. But she wanted to see gravestones, so we took her to another cemetery. This one, an expansive green field dotted with monuments and flowers. A labyrinthine banyan shaded graves at one corner. Sierra explored the whole area for a while, looking at markers and asking questions, until she was satisfied.

Back in the car, she was still thinking. “Could I see what a person’s body looks like before it becomes a skeleton?” she asked.

I was surprised. “You want to see a dead body?”

I wasn’t sure what to say. My mom said, “People see dead bodies at funerals. That’s a special ceremony families and friends have when people die.”

After a few moments, Sierra broke the silence. “Why are you being so quiet when I said that?”

“Well, I’m just thinking…” I told her. “People usually don’t go to funerals unless they know the person who died. And I love all the people I know. I don’t want anybody I know to die…”

“But all people die, mommy. That’s just part of life.”

Which is, of course, true. I’m glad she knows that. As an adult, I’m still trying to process my own feelings about death. But maybe, with Sierra, I’m doing something right.