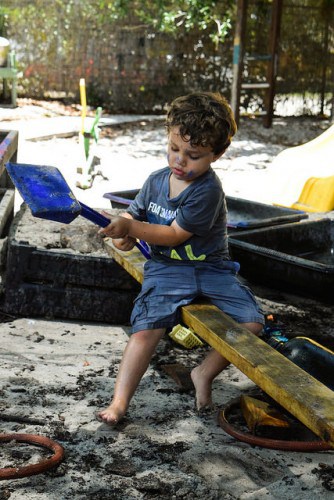 Everyone has a favorite flavor – the one that drives them to attack the tub’s plastic seal with their teeth. (Or is that just me?) My favorite flavor is vanilla – smooth, creamy, pure. But it wasn’t always vanilla. When I was a kid, it was strawberry (or “pink” as one Seedling chirped when asked her favorite flavor). I think strawberry is the flavor of youth – fun and carefree. 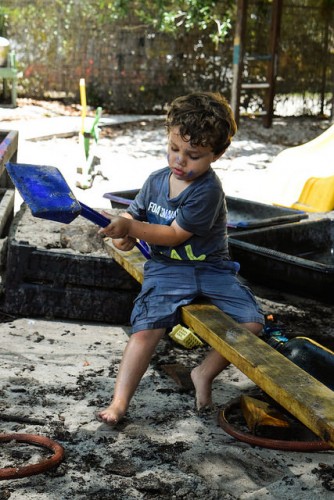 When I got old enough not to judge an ice cream by its color, my allegiance turned to chocolate. As a kid, chocolate of any kind is the holy grail, craved and coveted – yet controlled by those cruel, cookie-blocking grown ups. So anything with chocolate in its name must be hunted and quickly devoured. My hunting for chocolate continued through my twenties where chocolate went well with my decadent lifestyle where all that mattered were freedom, friends, fun and enough finances to cover the check.

While strawberry is the flavor of youth – fresh, fruity and sweet; vanilla in its smooth, calm simplicity is the most mature and sensible of the three flavors; and chocolate, well, chocolate is all that fun to be had along the way.

So you’re digging into the tub of Neapolitan ice cream in the darkest corner of your closet (the only way to eat ice cream for Seedling mothers who are not in a sharing mood). You dig for your favorite flavor first, but as you begin to ravage the others, you realize that each flavor offers a different quality, but they are all as good as each other! The light, fresh, fruity flavors of strawberry… the dark, delicious decadence of chocolate… are easily as enjoyable as smooth, cool vanilla.

When I found Sunflower, I was looking for a childhood learning environment for my son (I’ll call him “Charlie”) – just like peeling open the lid of Neapolitan, really only wanting the strawberry, the flavor of youth. He had been in another preschool from age two-and-a-half to three. Charlie is an extremely active boy – he doesn’t stop moving – and moving fast – from morning to night. While his physical coordination and sporting skills were developing at breakneck speed, his verbal skills were not so strong at age three. 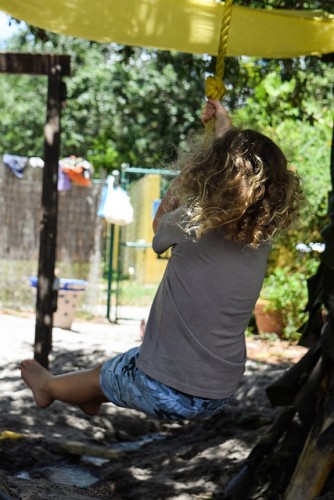 And while he was unable to verbally tell me that he was miserable at his old preschool, eventually his body began to tell me.

He was developing clear signs of anxiety. When I visited him, I would find him sitting in a chair alone, “zoned out,” staring into space. I’d never seen that vacant expression or that stillness before on my happy, energetic little toddler. Worse, he was chewing at the collar of his shirt to the point where he would drench two shirts in a day and bite holes in the fabric.

But, at Sunflower, I was thrilled to watch Charlie dig in. His shirt chewing stopped completely within the first two weeks of Seedlings – and as Charlie’s rookie year comes to an end, it has never since returned. His posture has returned to its natural position. Whether the hunching came from the anxiety or from being crouched cross-legged for extended periods in circle time at his old school– or a combination of both– I’m not sure. But I’m thankful that he holds his shoulders back and head high again.

He’s begun to use his words more. It was an unforgettable moment when he told me in the car one day: “Mum, I want to tell you two things.”

Already this was a more mature sentence than I had ever heard from him. I was all eyes and ears.

“At my old school, the teachers yelled at me. At Sunflower, no one yells at me.”

I later learned from him that the teachers yelled because he was running in the classroom. The reasonable side of me understands that “no running in the classroom” makes sense for a structured environment. But Mama Bear in me feels that it doesn’t seem right to yell at a two-year-old for doing something as natural and wonderful as running. Running is what kids are known for, right?

Charlie loves to run up and down even at home, swinging his arms in the air, making up stories – sometimes he will stop for a second to tell me part of the story, and I catch a glimpse into his imagination – it’s a wonderful way for him to expend his never-ending energy and calm himself.

At Sunflower, too, he can run when he wants; he isn’t forced to sit in a chair or in circle time when his tiny body just wants to break free. He also swings from ropes, climbs trees, experiments with water hoses, and climbs up into the tower and down the slide.

He plays outside in nature all day. Charlie loves digging in and alongside teacher Haidor’s nature constructions. (Amazingly, every week, Haidor has engineered some new feature from the earth up: mini rivers, waterfalls, camps, bridges and other constructions.)

Charlie checks out the science tables – he loves to do “’periments” (experiments). And once in a while, he’ll make something at one of the art tables – especially if it’s physical art, like loading up salad spinners with paint on a paper plate and churning it up to make cool streaky painted plates… but only if and when he wants to.

So I found my strawberry ice cream at Sunflower – the flavor of youth, a place where kids can just be kids– and I dug in while Charlie dug for worms. But little did I know that Sunflower, in fact, offered the breadth and depth of my prized Neapolitan ice cream – and I soon found myself appreciating its blocks of chocolate and vanilla just as much as the strawberry.

First, there’s the Parent Toolbox classes, which are open to anybody, not just Seedlings parents. (New sessions begin August 2015; online registration opens in July on the Sunflower website). During a weekly Toolbox class, Susan Caruso, director and founder of Sunflower Creative Arts, AKA “The Child Whisperer,” teaches invaluable skills in parenting – skills that have made life easier and calmer and changed and improved our lives in so many other ways. Parent Toolbox is my vanilla flavor: the most mature of the three Neapolitan flavors. The one where I strive to be the best parent I can be. Because of Toolbox, I am growing and maturing at Sunflower, alongside my beautiful son. 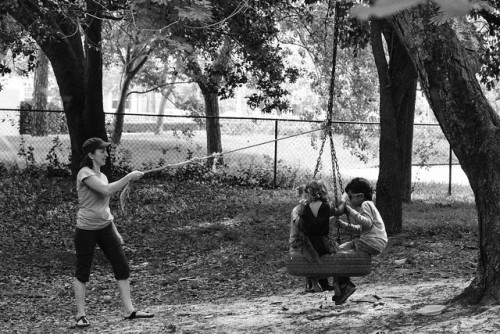 Then there’s fun-loving chocolate: the community of parents. Before I even knew about Sunflower’s early education program, I joined the Sunflower Meetup playgroup to meet like-minded moms with similar-aged kids. From the moment I met my first Sunflower moms and mom-alums at the beach, I immediately felt welcomed. One year later, I feel such a strong community bond, developed through time onsite (coffee area, nursery and an office to “work from Sunflower”), via the many free community events, and in the private Seedlings Parent Treehouse Facebook group where parents of enrolled students ask questions, seek advice, plan get-togethers, make each other laugh and, most importantly, realize that we’re not the only ones with a kid hanging off the ceiling fan and whooping like a monkey instead of sitting quietly next to us at the dinner table.

End of the Tub

This year’s Seedlings Bridging Ceremony (Sunflower’s version of preschool graduation) was more poignant and bittersweet than ever before. It was the last, ever, in the space that has been Sunflower’s home for the past 23 years.

In August, Sunflower will open for classes at their new home in Delray Beach. I am honored to be a part of Sunflower at this moment in its history: to have spent a school year in the home where our children’s footsteps are running, jumping and hopping on top of 23 years of Sunflower children’s footprints.

I am also excited to spend the next school year at Sunflower’s new home. A home that is being designed and constructed with every Sunflower child of the future in mind.

Now, THAT is Ben & Jerry’s Phish Food in my opinion.

Before being a mother to two children, Sophie was a entertainment publicist in New York, working as manager of publicity at IFC (Independent Film Channel) and at 20th Century Fox. Since living in Delray Beach, Fla, she has freelanced as a writer and web designer.